Here you can see all server related information and all announcements. 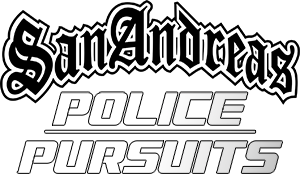 GAMEMODE RULES
NOTE: STAFF CAN PUNISH A PLAYER WITHOUT ANYONE REPORTING THEM, IF THAT PLAYER BREAKS ANY RULE!
(Even if it does not affect or have an effect on anyone).

1. You must NOT use any modifications, hacks or third-party software to give you any advantage at any time. Such modifications, hacks, and third-party software include but are not limited to: gamefile configurations, CLEOs, Animations/Vehicles/Skins which provide an advantage.
Examples of things allowed include: Camhack or similar freecams for filming/photography only, Vehicle Emergency Light Mods.
Examples of things NOT allowed include: Cruise Control CLEO Mod, Wallhack, Aimbot, S0beit, Triggerbot, OPSurfly, and drift.cs .
These lists are not exhaustive. Ask a Lead Administrator and above if a mod is allowed or not, if you are unsure.


2. You must NOT abuse, or share, any bugs, the server script, game physics, or SA-MP mechanics in any way.
Common bugs include: G-abuse, C-bugging, C-sliding, Crack Shooting, C-rolling, Deagle Driveby, Biker MP5 Driveby.

1. You must NOT ram any player, including any player who is on foot, even in an active gunfight. This also includes:
-You can not suicide ram.
-Suspects must be given a chance to pull over at the start of the round before they can be PIT or hit.
-Do not ram vehicles that are boxed, surrounded, stuck or trapped.
-Do not ram a vehicle over and over again repeatedly within quick succession, even at slow speeds.
-Do not ram an emtpy burrito to prevent someone from entering it.


2. You can NOT ninjajack / carjack a player. Even if they are not the driver, no player can be pulled out of a vehicle without proper roleplay in the forms of /me's and /do's. You must ask if you are able to through /do.


3. Do NOT spike unfairly. This includes:
-Spiking the exit points of Bayside. You can spike at the end of the bridge or tunnels.
-You must stay with your spikes after placing them. You should also remove them when the suspect vehicle is no longer in the area.
-You can not place spikes anywhere whilst the suspect is boxed or stuck (unless spiking a different suspect vehicle).
-You can not place spikes at or too close to the spawn point or drop-off point for the Burritos with the intention to spike as they leave or arrive, you should only spike normally when they are moving on a highway or something similar.

6. Do NOT drive non-rply. This is a very broad term but includes
-Bikes should not PIT or ram vehicles. Only Enforcers can PIT armoured vehicles.
-Do not drive off cliffs, elevated platforms or roofs. Do not drive into water or into wallbreaches.
-Tapping forward or using RADs method on a bike is not allowed. Bike stunts are not allowed.
-Overtaking teammates for no good or valid reason (HSIU have priority and can do this) is not allowed. Go into a line behind other units. If you are faster than the other unit by a considerable amount you can overtake (e.g. they just pulled out at an intersection). Do not drive on the wrong side of the road or on pavements/sidewalks for no reason.
-You should yield at intersections. Not actually a rule, but if you end up PIT-ing a teammate, you will be at fault.

1. Respect all other players, donators & staff members alike. Includes on discord and forums, as well as in-game. Do NOT insult and disrespect each other over any chat, including IC chats, be it text or voice. Discriminating and bullying other users, be it gender, racial or offensive in any other way is strictly forbidden. Includes usernames and targeted /radio use. Includes racism or insults done jokingly with a friend that was done in any public chats. Staff have the final say on what constitutes an insult or disrespect unless overridden by a higher member of staff. Please do not admin complain just because you disagree, but rather there is evidence they were being abusive or hugely disproportionate.


2. You are NOT allowed to repeatedly spam unnecessary messages of any kind, or flood the server chatlog with messages on any chat platform. Includes discord and forums.
-Includes rapid use of /m, abusing commands such as /report, /helpme, /ask, /askreply and /pm.
-Server advertising.


3. You should NOT speak any other language aside from English in all chats. Includes discord and forums. Includes IC chats such as radio or megaphone. Non-English can be spoken in /pm as long as it is kept to a minimum.


4. You should NOT break the chain of command. You must follow the orders of your superiors. You should follow the word of those in the ranks above you; /ranks to see them all. Rule should always be followed ICly, but can be exempt in some cases depending on if an admin says so. No player can roleplay, nor set up a clan for, FBI, National Guard/Army/Special FOrces, Internal Affairs, CIA or any other agency superior to a State Police force.

1. Creating a new account, signing in with an alternative IP address, a proxy, abusing servers' script commands to get out of any form of administrative punishment - be it a mute, jail or ban, or attempting to create a new accoutn through Discord registration system is NOT allowed. You could be faced with blacklisting. Along similar lines, sharing accounts, especially with banned players or as a banned player to others, is not allowed and could also result in blacklisting.


2. You must NOT impersonate a member of the staff team or impersonate an administrator. Saying you'll punish someone because you're an administrator, or responding in discord channels only admins should respond to, or someone asking "admin?" in-game and you replying to them saying "yes" or similar, is considered impersonation


3. You must NOT ask "where is the evidence" or anything along those lines. If evidence is needed by an admin in an admin complaint, or rarely elsewhere (not ban appeals), a higher ranking admin will ask them to provide it, not you. Furthermore, if you threaten to leave, be it out of annoyance of the script, staff or a punishment, we will ban you - after all you said yourself you don't want to be here. No one cares, stop attention seeking and just /q if you don't like it.

1. You must NOT PowerGame (PG) or avoid roleplay.
-Powegaming has two definitions: (1) Roleplaying something unrealistic and impossible for a human to perform & (2) Roleplaying something without giving a chance for the other player to roleplay back (e.g. rushing /cuff without giving chance to resist).
-You can not AFK once breanbagged/tased to avoid being arrested. You can not avoid any roleplay directed towards you, cop or suspect.


2. You must NOT Shoot Without a Reason excessively, or shoot at teammates. You should NOT team up with the opposite team, or any players from the opposite team.
-You can not continuously fire without a reason to. You can only fire one or two shots without reason, holding down the trigger, or spamming single shots, or even just firing one or two shots multiple times is not allowed still.
-You can not shoot at a teammates vehicle, regardless of if you are a cop or suspect.
-You can not team up with the opposing side, or players from the opposing sides, in pursuits, operations or other events.


4. You must NOT rush tase for 5 seconds. This includes:
-You have to leave a 5 second gap after a suspect exits a vehicle, exits the water, stands back up after being accidentally ran over, and so on.
-You must not tase a suspect in /handsup animation (/hu) or /frontfall animation (/fu). Doing so will result in punishment. In reverse, suspects can not then abuse this to lure cops out of cover just to /stopanim (/sa) and shoot the cops.


5. You must NOT rambo. In a gunfight, you should head for cover before shooting if possible, otherwise stay where you are. You must not charge at a shooting player, or go head-on into a fatal chokepoint. Cops who are not alone (x2 cops or more) can rambo, including at both interiors and exteriors. Suspects can not rambo at all, ever.


6. You must NOT bunnyhop in pursuits. Doing it once every so often still counts, we aren't dumb.

Updated 27th January 2021 for Rule Edit.
Spiking rule terminology was changed. A new addition to the rule as well.

New Addition: Can spike in a dead-end as long as the suspect is able to freely move.
Rixas,
Server Manager
Per ardua ad astra
Top

Vehicle Rule 5 has been removed:

5. Do NOT ask senior admins+, administrators, moderators, or helpers for a custom vehicle. You can get VIP vehicles by donating. No custom special vehicles will be given to anyone, donator or not.
Rixas,
Server Manager
Per ardua ad astra
Top


Now, the only callsign requirements are:
1) That they must not be offensive / toxic.
2) That they are not in violation of another rule, such as impersonating staff.
Rixas,
Server Manager
Per ardua ad astra
Top

The exception: "-You can spike a dead-end as long as the suspect vehicle is still freely moving around, even if only trying to avoid a box. If they can freely move, you can spike them, even if in a dead-end or restrictive area." has been removed.
Rixas,
Server Manager
Per ardua ad astra
Top